In this article we will explore the chalice cli command and how we can work with it. 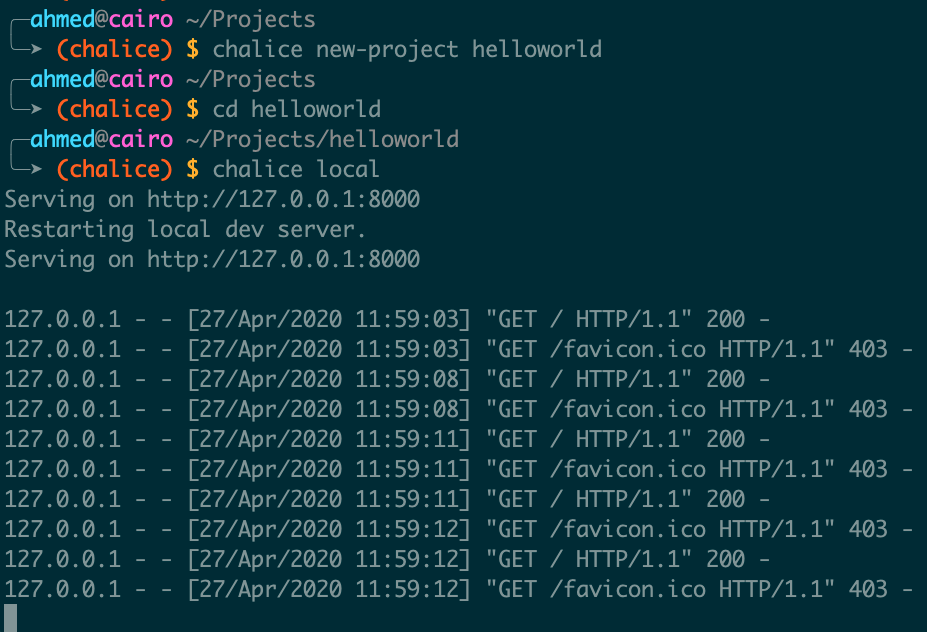 In the previous article Introduction to AWS Chalice we went through creating our hello world example. we will continue from there and explore the CLI

To print different targets we have in chalice CLI, you can just type

You can simply create new chalice project from command line, this will create a new directory with the bare minimum files necessary to deploy and get your application up and running.

Chalice is developer friendly, you can run your api locally before pushing to AWS

Chalice will be running on port 8000 by default, you can start making requests to localhost

You can simply deploy to AWS using the deploy target

once deploy, chalice will output the ARNs of the resources created and API gateway base URL if you have endpoints in your application.

You can use the invoke command to invoke a single function directly pm AWS using its name. This seems to be working only for functions that are not used as api endpoint.

you can also invoke the function with a payload as follows

By default, the logs for the API handler lambda function are shown. This corresponds to any log statements made within an @app.route() call. You can view specific lambda logs by using its name.

Whenever your application is deployed using chalice, the auto generated policy is written to disk in .chalice/policy.json directory
to view those policies, you can run the following commands

Chalice offers a chalice generate-sdk command that will automatically generate a client SDK based on your declared routes. The supported language now is javascript. You will be able to use the generated javascript code to communicate with your chalice app endpoints.

Chalice can be used to set up a basic Continuous Deployment pipeline. The chalice deploy command is good for getting up and running quickly with Chalice. You can use the chalice generate-pipeline command to generate a base CloudFormation template.

Swagger has been hugely beneficial when developing RESTful APIs, being able to generate Swagger specs from a Chalice is a massive time saver. you can use chalice to gerneate swagger 2.0 models for your API.

When you deploy chalice apps, it doesn't create a cloudformation stack in the AWS cloud, but save the state of your infrastructure and deployed resources locally in "./chalice" directory

The last target we have in the chalice cli is chalice url command, which gets you the api gateway base url. you can use as follow

In the next article we will explore different event triggers supported by chalice. 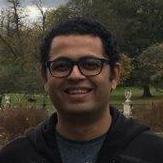